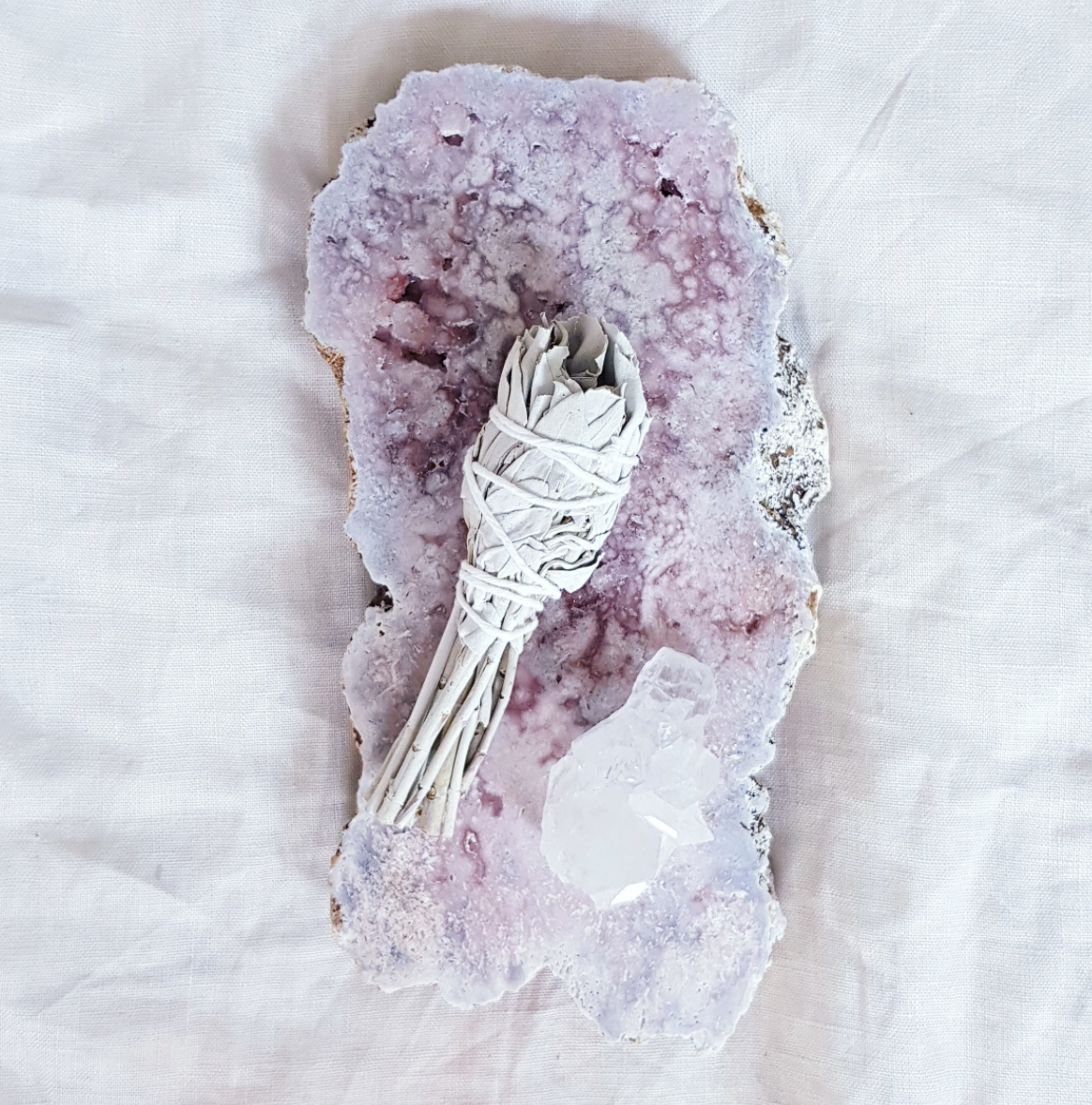 Smudging is one of the ways to energetically cleanse a space, person or object, to invite the positive energy. When smudging a space, you burn plant material. The smoke fills and purifies the environment removing any negative stagnant energy.

As the smoke acsends, our wishes and intentions rise and mingle into the universe, connecting heaven, earth and humanity.

Our smudge wands are made with Mediterranean sage and seasonal/bush flowers. Designs and colors always vary to the season.

This wand is made with the intention to cleanse, balance and invite positive light in your space.

Usage: To cleanse/smudge yourself or others, fan the smoke over your body, front and back. Smudge rooms by walking around its perimeter paying attention to corners and behind doors. Constantly fan the smudge stick as you walk. Cleanse crystals and other objects by fanning the smoke over them.

Helpful Hints: Never leave a smudge stick unattended. The easiest way to light a smudge stick is to hold the top over a candle flame. Once alight blow out the flame to allow the stick to smolder. To extinguish. place the lit end of stick in a fireproof container of sand. As smudge sticks emit small amounts of smoke, limit use around children, pregnancy and those with breathing problems.

Save this product for later
Display prices in: AUD